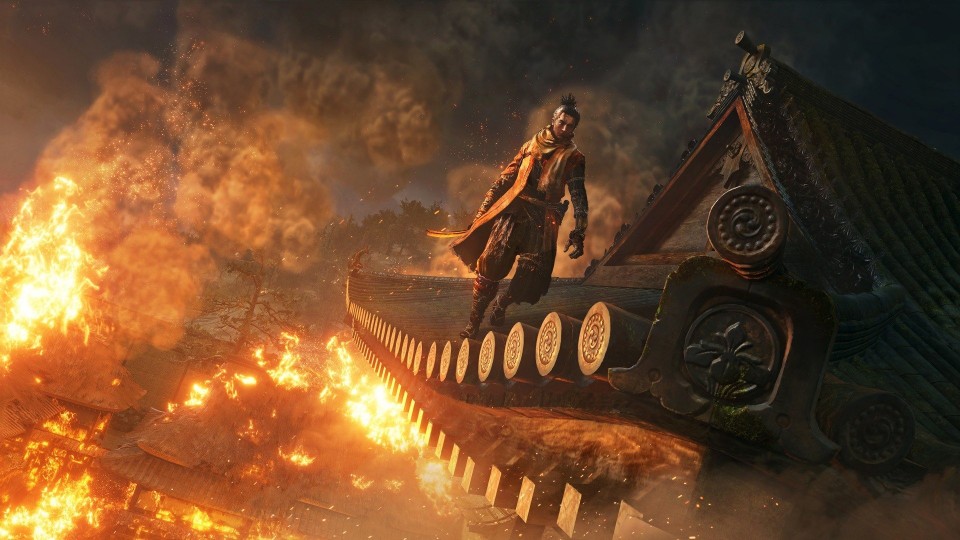 We’re a couple of days and/or weeks removed from E3 madness, and while gamers, journalists and influencers from all over the world are still roaming the halls in Los Angeles playing the latest upcoming titles, the rest of us are left to stew over everything we’ve seen. And there was a lot! Playstation hit us with Gameplay from some of the absolute gems of their first party studios while new studios acquisitions graced Microsoft's stage alongside Xbox tentpoles and Nintendo dropped Smash. All of Smash. So. Much. Smash.

This is the first real E3 we’ve been able to experience together at The Arcade Vaults, so we thought it’d be fun to hear from some of our friends, volunteers and regulars about the industries biggest event!

Being a massive Dark Souls fan my eyes widened with glee, seeing the teaser for Shadows Die Twice last year. Not knowing what it was gripped me, was it Bloodborne 2 or Tenshu? Well at E3 we got our answer and I couldn't be happier.

Sekiro: Shadows Die Twice is a  completely new game from... from software (cough) and it looks absolutely amazing! As a veteran of the soulsborne games my mind is flooded with new ideas of how I could be killed, killed and killed again fighting the bosses and enemies throughout the game, all of that being the biggest part of the fun...

From Software games always have somewhat of a pattern when it comes to combat, Dark Souls had its defensive and slow style while Bloodborne had the opposite, quick and aggressive. Shadows Die Twice seems to be going for a more varied style that comes in the form of attachments. The trailer speaks for itself here so I won't go too deep, but it looks like you have numerous attachments for your arm to fit the kind of game play you want and can be swapped to fit the situations you come across. I can't wait to see what challenges the game has in store for me to encourage this variation to game play.

I remember first fighting father gascoigne in Bloodborne. I had lost count of how many times he killed me, but when I entered his boss room for the final time I said to myself that this time is the one. I fought what felt like an hour long battle, I managed to kill him with no healing left and a spec of health, the joy and sense of relief I got from overcoming that challenge will stay with me forever. Whatever Sekiro: Shadows die twice is, If I get to feel that again I’ll be happy.

Chris Carl Jones is part of the team at The Arcade Vaults and is usually found milling around our events across Cardiff and South Wales.