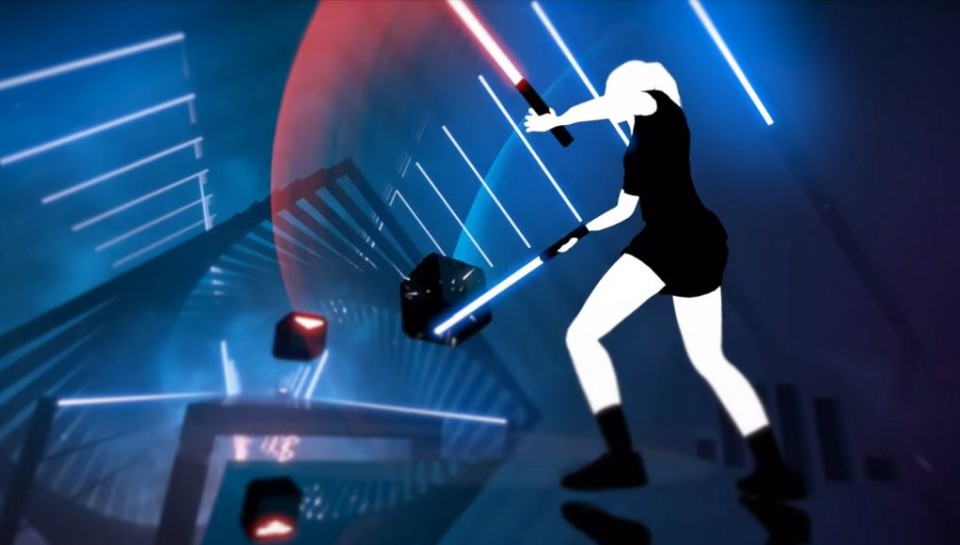 We're a couple of days and/or weeks removed from E3 madness, and while gamers, journalists and influencers from all over the world are still roaming the halls in Los Angeles playing the latest upcoming titles, the rest of us are left to stew over everything we've seen. And there was a lot! Playstation hit us with Gameplay from some of the absolute gems of their first party studios while new studios acquisitions graced Microsoft's stage alongside Xbox tentpoles and Nintendo dropped Smash. All of Smash. So. Much. Smash.

This is the first real E3 we've been able to experience together at The Arcade Vaults, so we thought it'd be fun to hear from some of our friends, volunteers and regulars about the industries biggest event!

If, like me, you still wake up with "Kick, punch, it's all in the mind" stuck in your head surprisingly often (even though you've forgotten every other game that was on that particular demo disk from the late 1990s) you will know that rhythm games are nothing new. You will also know that their popularity never ebbs for long and just when you think you're done with them you get nostalgia rush at a dance mat and before you know it you're doing your best Flail Fu to Word Up (there's no use denying it, we've seen you at our recent events. You're all part of this statistic. Don't worry, you're in a safe space; we all claim our turns to "test the dance mats are working properly" here at The Arcade Vaults.)

The thing is, there's always seemed to be a bit of a stigma surrounding rhythm games. They generally end up as dragged out for ten minutes, once in a blue moon options. And while arcades still have dance machines that kids challenge their friends on, their parents would laugh you down if you suggested they would enjoy such a thing. Something about saying you like that kind of game seems embarrassing. This atmosphere (and a frankly stale, barely innovated, model that rhythm games seem to have followed since their inception, almost without exception) is what recent rhythm game developers have inherited.

And yet, this is an article about how unashamedly hyped I am for Hyperbolic Magnetism's Beat Saber to be released on PSVR (yes, I can feel you shaking your head at me, I know Beat Saber is already (kind of) out on Steam and the Oculus store but I have neither capable computer nor Oculus so my wait for this game continues. Step off my hype.) "Surely not!" I hear you cry (at least in my head; this article will probably only be read by our resident content vetter and the only thing I've seen elicit a strong response from him is the way I tie cables during pack down), "unashamed love of a rhythm game after you spent the whole build up essentially badmouthing them!?" Well yes, actually. Astute observation there. The reason is that this whole rhythm game history has led to some genuine innovations in the genre recently which have got me pretty excited for more.

My prime example is Drool's 2016 title Thumper (if you haven't played it, I highly recommend you do.) This game was categorised as "rhythm violence" (naturally I bought it for this reason alone knowing nothing about it) and it lives up to it. The main difference between Thumper and past rhythm games is that Thumper isn't about creating the music with successful timing, but about surviving it. The game felt pretty immersive too as it was closer to being on a luge track (at a rave. Where you'd gotten heat stroke and thought the walls were melting) than in a top-down or side-scrolling command stream. Thumper also doesn't require you to hit every note for a perfect rendition; there are beats you can miss without even losing health (you play as a space beetle on a mission to defeat a big floating space head; if you lose all your lives it's game over for him and you have to restart the track). I still haven't got perfect scores in all levels but it was a game I wanted to finish for more than just completionism. It felt more than just physically active, it felt like you were accomplishing something in the game when you successfully got Betelgeuse (not its official name) through a stage. It was fresh off this new and exciting rhythm experience that I first saw game play footage of Beat Saber.

Beat Saber seems to share this shine of the reinvigorated rhythm game. For starters it shares the same, relentlessly approaching, track style of Thumper and pulsing trance-like original music (the first ten tracks are by Jaroslav Beck, with "choreography" by Jan Ilavský). It also requires you to not only hit blocks as they approach but to hit them from the right direction with the right colour saber out of the pair you wield. And there are obstacles you must duck under while continuing to slice and dice without missing a beat. All of this sounds like my kind of chaos; difficulty earned through requiring you to use a variety of skills without let up from the pace (unlike insane modes on dance machines which upped the ante by throwing more arrows at you than an octopus could take in its stride). I am excited.

My one note of caution as The Arcade Vaults usual VR wrangler is that the PSVR has anything but an intuitive or obvious set-up, and in my experience it is hard enough to hit upon a camera position that can deal with a playing zone of the same chair variously occupied by people of slightly varying heights, let alone someone doing a limbo while expecting their knee-height fury swipes to be accurately captured. Still, even if the PSVR does give the game frustrations that weren't intended, I still intend to be found Flail Fu-ing with the best of them.

A PSVR release date for Beat Saber is still TBA

Sarah Watkins is part of The Arcade Vaults crew and can be found at our events as the resident VR guru (when she's not playing the new games for herself).